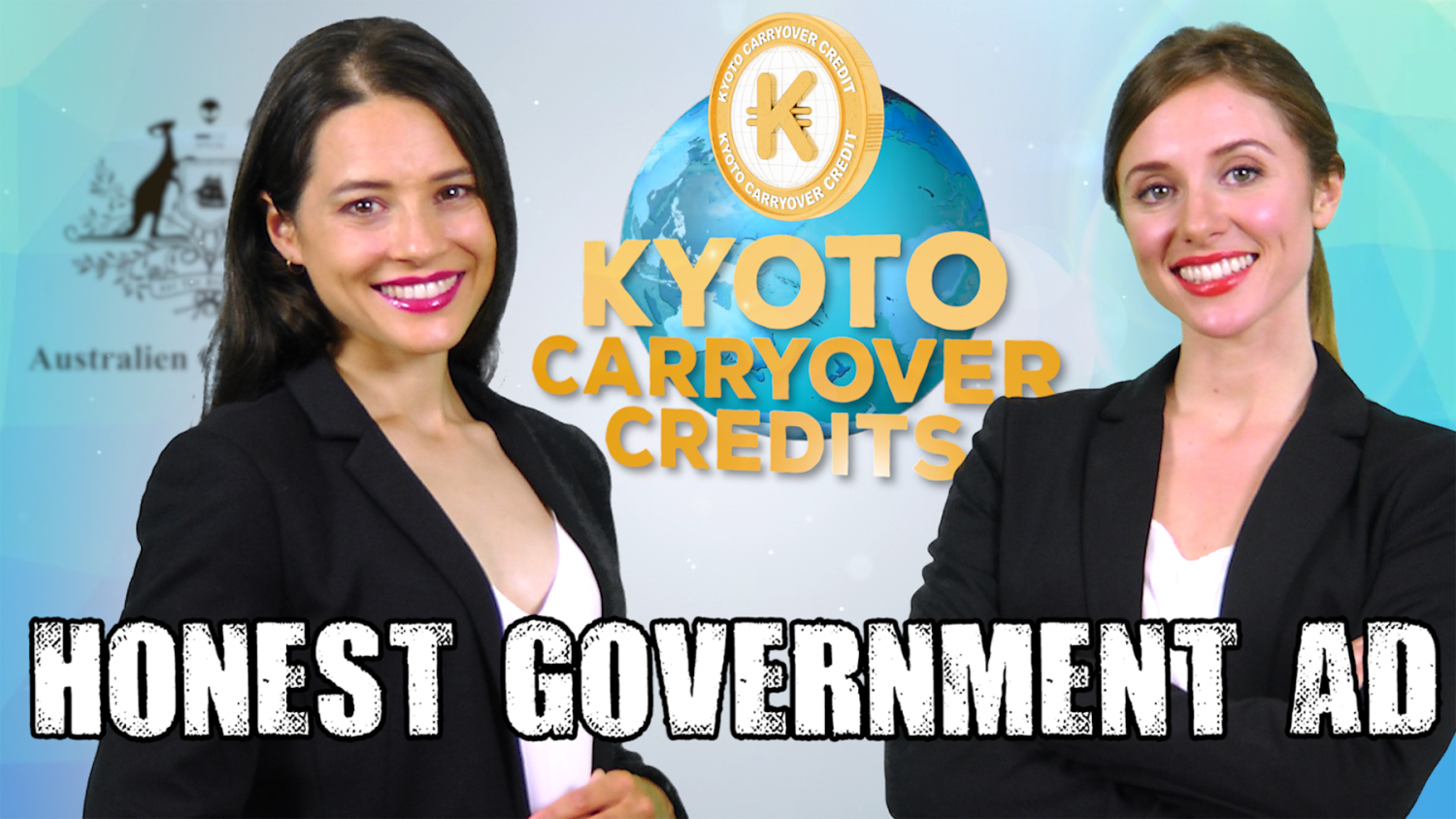 The Australien Government was not allowed to speak at the latest Climate Summit, so it made an ad about its climate policy instead – and it’s surprisingly honest and informative.

This is a special double-length Honest Government Ad, featuring our first ever time-travel historical sequence, because there’s just so much shitfuckery to cover. I had of course heard about the Kyoto Carryover Credits but I never really understood the depth of shitfuckery until January, when Simon Holmes a Court talked about it on Ep8 of the Juice Podcast. I couldn’t believe my ears, but I knew right away we had to make an HGA about it so that people could get their head around it more easily. But then of course Covid happened, and then the US election, so I had to put this script on hold. I’m glad we’ve managed to round off the year with the video I planned to make in March – which is just so 2020.

I want to make it clear that we’re not “breaking” this story. Many brilliant scholars and journos have written about it over the years, in detail. And I’ll post some of the links in this thread for those who want to read up more about this topic. So the way I saw this was: OK, people have written about it, but what’s missing is a quick explainer that brutally (but accurately) synthesizes the complexity of this story down to a nugget of shitfuckery people can get their head around. Which of course is what the Honest Government Ads are so good at.

A big shout out to Ellen Burbidge, Zoë & Lucy for putting such a lot of hard work into this episode, even re-shooting scenes when we realised we had to update the video. And to Brent who stayed up late with me on more than one night to help out with visual effects. Amazing team 💁‍♀️💛

And most importantly… THANK YOU to all our Patrons who make it possible for us not just keep making Honest Government Ads, but to make them bigger and better so we can explore more complex issues like this. If you value what we do and don’t already support us on Patreon, please consider joining them: patreon.com/TheJuiceMedia