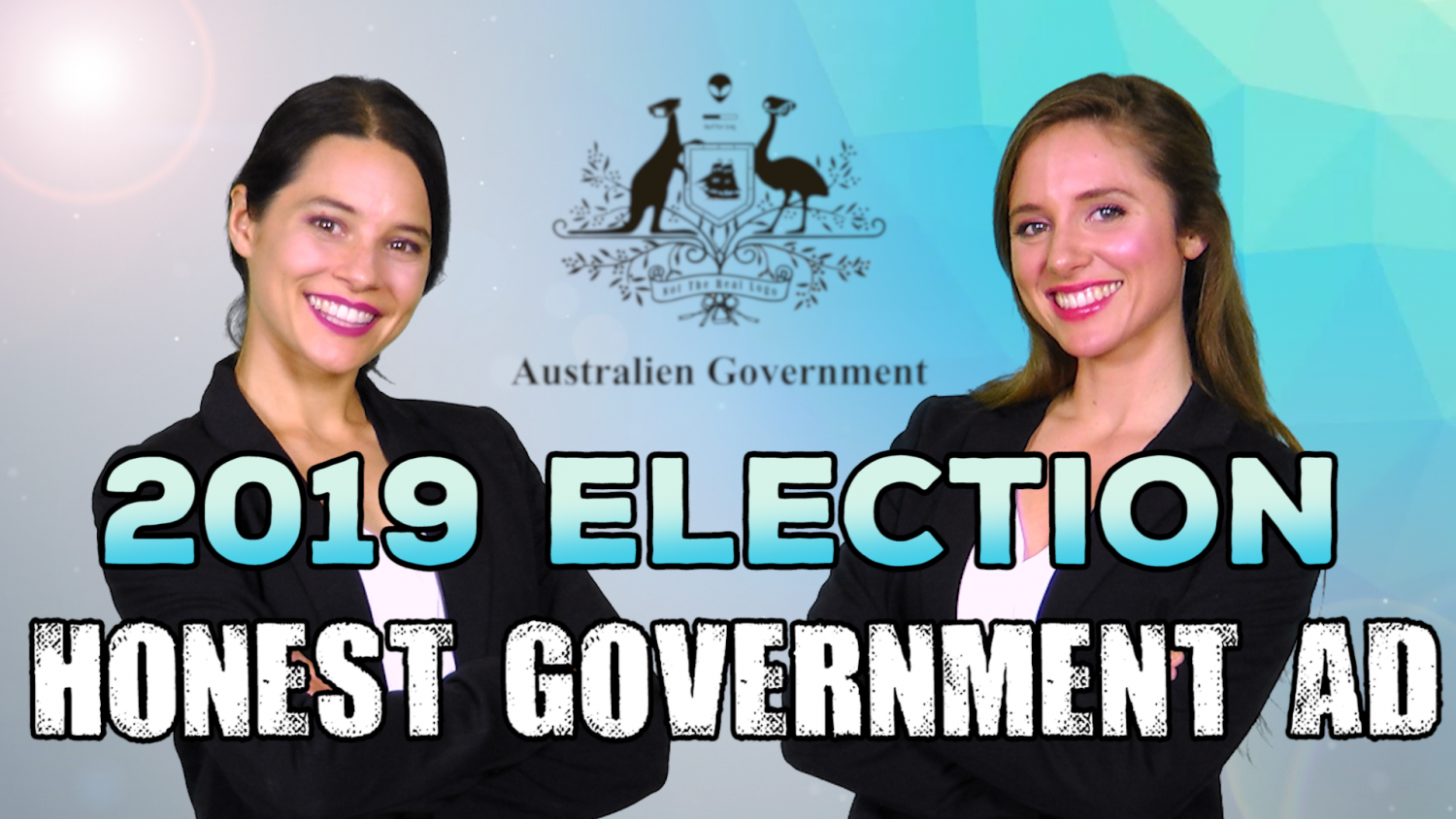 The Australien Government has made a final ad before the 2019 Federal Election, and it’s surprisingly honest and informative.

It’s easy on the eve of the election for people to forget all the harm that’s been done by this Government. And as far as I know, nobody’s put together a list of all this Government’s shitfuckery. But somebody had to do it. So wed did it…

And as you might expect, it’s an epic, sordid collection of shitfuckery – the “Avengers EndGame” of Honest Government Ads.

It’s also our first season finale! Coz I started making this series when this Government was first elected, in 2016. So it’s a retrospective of some of the many issues we’ve covered these past three years; as well as some of our Patrons’ most requested topics.

To make sure it’s a truly special treat, we had both of our brilliant, badass actors – Zoë and Ellen – hosting this one, together for the first on the same HGA screen. Aren’t they awesome?!

For a little fun, we crowdsourced titles for the Ministers from you guys – which was fun! – so if we used one of your suggestions, thank you! And yes, I made sure to include “cool and normal” this time.

I hope you enjoy this special HGA. I nearly died editing it.

As always a massive THANK YOU to all our Patrons – none of this would be possible without you.

PS. Many people have been expressing concern about what will happen to this series if Labor is elected. I hope I’ve made it clear where we stand on this at the end of the video. So please don’t vote Liberal just because you want us to keep making Honest Government Ads! 😉

CREDITS:
— Produced by Patrons of the Juice Media
— Written & created by Giordano for The Juice Media
— Performed by Zoë, Ellen & Lucy
— Cigar animation by Brent Cataldo
— Special thanks to Dbot, Scott, James, Clinton, Simon, Colin, Adso, Damian and Fletch for input and feedback on the script.
— Music by TwoMountains
— Outro beat by Mozart x Eric Parsons

WAYS YOU CAN SUPPORT US: Become a Patron | Tip us on PayPal |  Tip us in Bitcoin