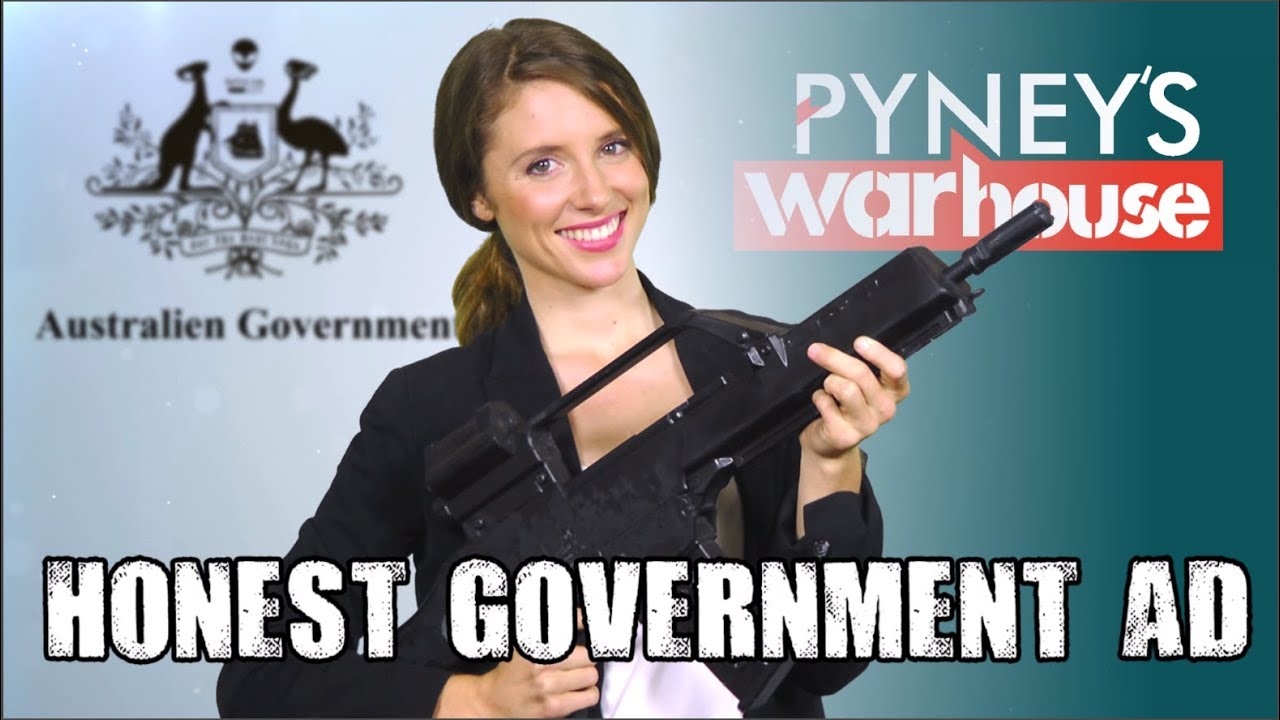 The Australien Government made an ad about how its plans to become one of the top 10 exporters of arms in the world, and it’s surprisingly honest and informative.

Hi! Here’s our response to Christopher Pyne’s video launching the Australian Military Sales Catalogue – which unfortunately is a real thing that exists. We know it’s nowhere near as brilliant as Pyney’s original #GenuineSatire, but hey we’re not going to let the Government put us out of work without a fight.

On a serious note though: Australia could be building, exporting and contributing so much good to the world – renewable energy technology, medical research and science… instead, our collective economic potential is being used to build and sell arms – even to nations which have terrible human rights records. ? I don’t know what we can do about it. But as always, the first step is ensuring peeps are aware of what’s being done in our name. So if you share our concern about this story, please share it with others.

If you like what we do, you can thank our Patrons who make it all possible. Better still, become a Patreon and join the Juice fam to help keep us keep going!

– SUPPORT US to keep us making “genuine satire”:
– Become a Patron ? Tip us on PayPal ? Other options

– CREDITS:
– Written & created by Giordano
– Performed by Ellen x voice by Lucy
– Pyney’s Warhouse artwork by Zoe Tame
– Babysitting by Carole!
– Thanks to the Juice team for input
– Music by StockSounds